“Wouldn’t it be romantic to eat breakfast on top of Shuckstack Mountain this morning?”  Jay’s eyes sparkled with excitement.

“Well, okay,” I agreed.  Quickly we packed up our campsite and set off up the trail.  Ten minutes into the hike, I realized I had given my approval to climbing a mountain before breakfast!  What was I thinking?

Deep fog shrouded the landscape.  Jay became a dim black shape on the trail ahead of me.  Would the trail break out of the obscuring water vapor in time for a view?  I kept climbing, accompanied by the grumbles of an unromantic stomach.

When we finally reached the fire tower on Shuckstack, a fiercely howling icy wind tore mist shrouded clouds off the top of the mountain, revealing 360 degrees of – more mountains!  What a view, but way too cold and uncomfortable for breakfast!  We took a few quick looks, then fled down and around to the lee of the ridge, until we found a comfortable log to perch on while we hungrily consumed breakfast and lunch all in one meal! 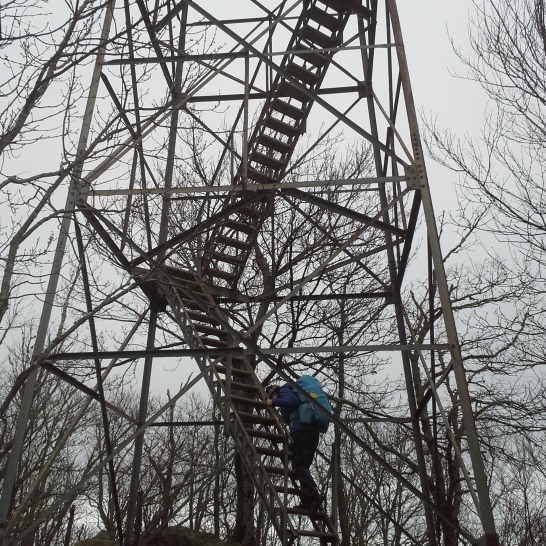 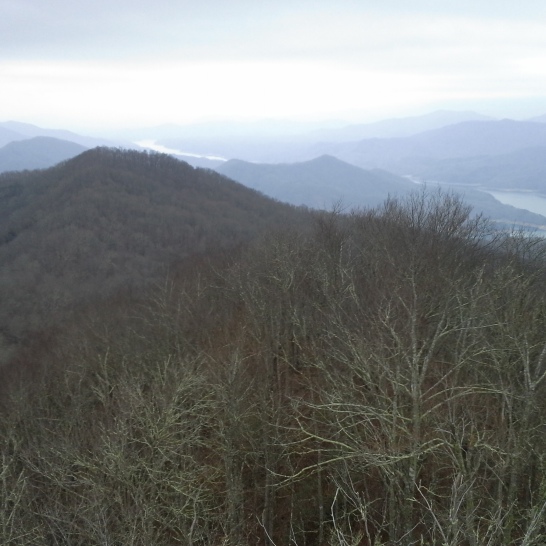