From Madrid we took a train to León, where we stopped walking last June when a looming orthodontist appointment and pet sitting commitments called us back to Seattle.

As we disembarked at León, we noticed that pilgrims toting slim backpacks far outnumbered people lugging and rolling fat suitcases.

“I guess we’re back in a trail town,” Jay remarked.

As we walked from the train station to our hotel, a man across the street waved and called, “Camino de Santiago?”

A look of concern crossed the man’s face, and he urgently pointed the opposite way from where we were headed. “Camino, por ahí!”

I left it to Jay to explain. Yes, we were in a trail town (er…city!) sure enough.

We spent a good deal of our day in León walking by the river.

Sycamore trees shaded part of the promenade, while European horse chestnuts littered the path further on. One enthusiastic nut fell just a yard from my shoulder, bounding out of its prickly shell.

A pigeon entertained us as it drank from a water fountain.

The Catedral de León also shone as a wonderful part of our day. Twelve euros bought us an audio guide and allowed us to step from glaring mid-day sunlight into a world dappled with floating luminescent jewels. 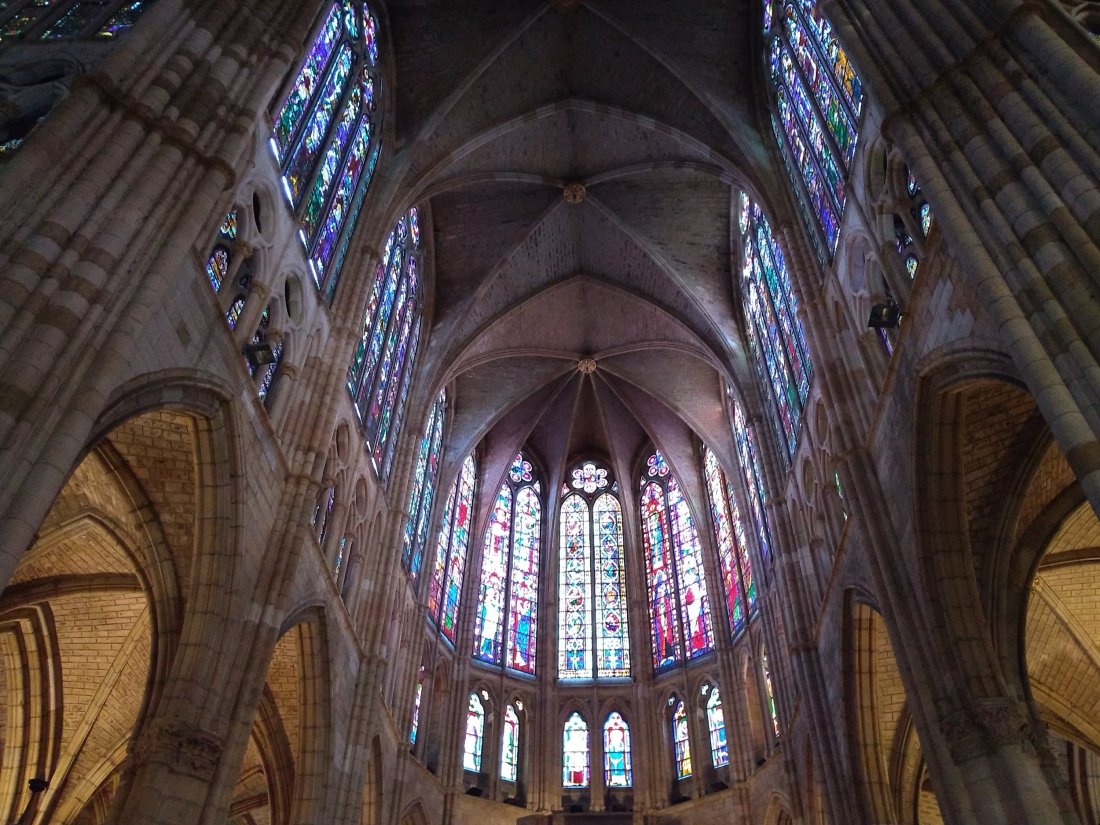 I can’t express the impact of entering this Gothic architecture with nearly 1800 square feet of stained glass. My eyes feasted on glowing colors while my soul gloried in rays of luminosity. 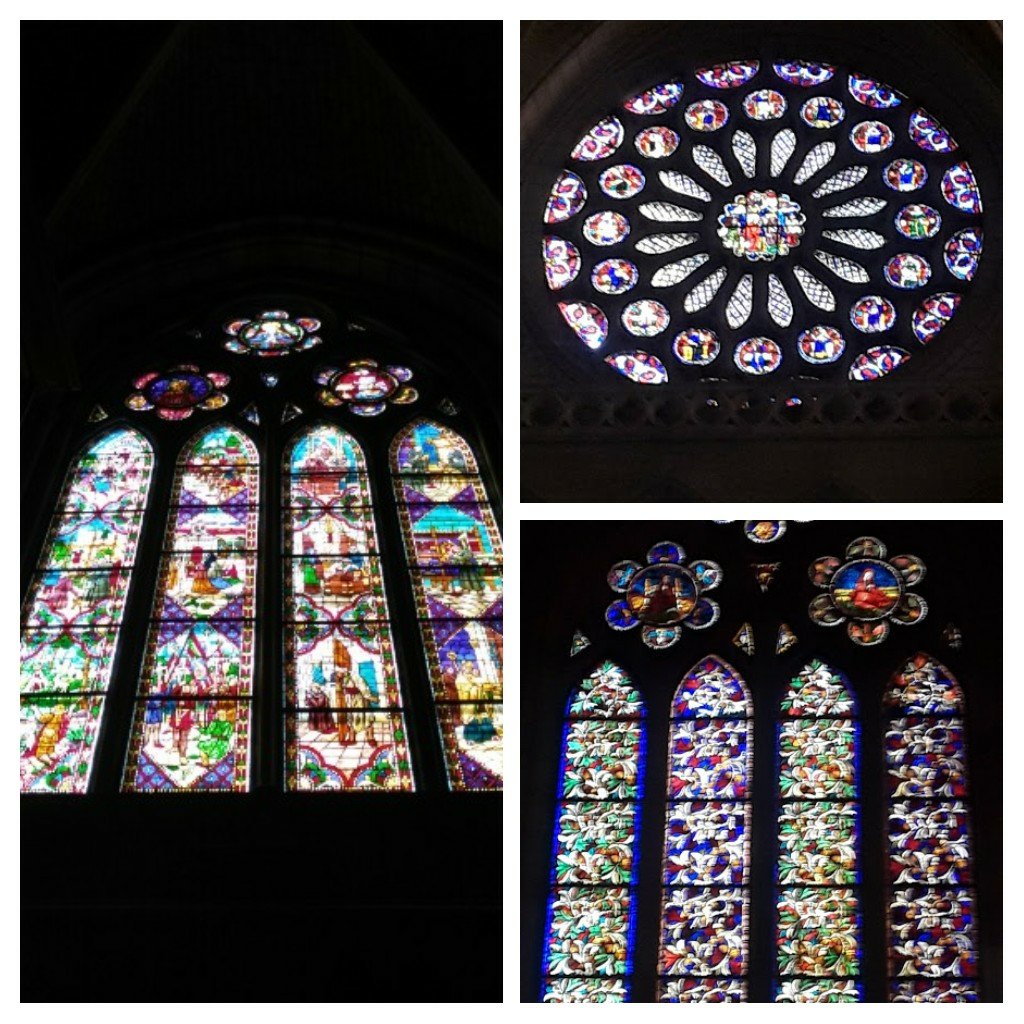 The audio tour gave an excellent history of the cathedral, especially when we stood in the very center of the crossed ribs while a voice in our ears described the rescue and restoration of the cathedral in the 1800s, accompanied by eerie creaking and groaning sound effects!

It also told of the Virgen Blanco, carved in the 1200s by an unknown artist, and said to give her blessing to pilgrims. Jay took my picture with her as we left the cathedral. 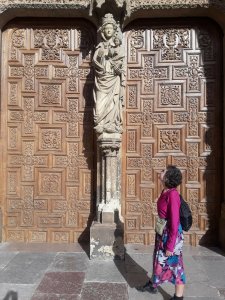 Our first day of actually walking on the Camino de Santiago was rather short. We enjoyed following yellow arrows, talking with pilgrims, and feeling as if we were finally making progress!

We found our hostal to be quite near the Basilica de la Virgen del Camino, which has existed in one form or another since a shepherd saw a vision of the Virgin Mary in 1505. The current Basilica was constructed in 1961, a very avant-garde building. Thirteen bronzed blocky statues representing the twelve apostles and Mary line the facade. 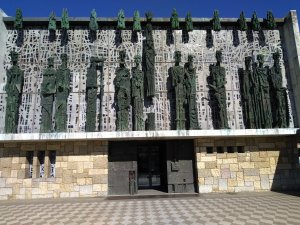 Inside, an abstract cross and net rendered in stained glass lights one end of the sanctuary, then stark bare walls lead to an incredibly ornate baroque altarpiece created in 1730. Fascinating to see such a juxtaposition of modern and ancient!

Outside, a 53 meter tall concrete bell tower dominates the grounds. From afar, I thought I was seeing an abandoned factory chimney. It was quite startling to have this landmark resolve itself into a bell tower!

The day ended as we ate after-dinner chocolate on our balcony and watched a three-quarter moon climb into a clear, clear blue sky. I felt grateful for so much beauty to share with Jay beside me and also with friends far away.