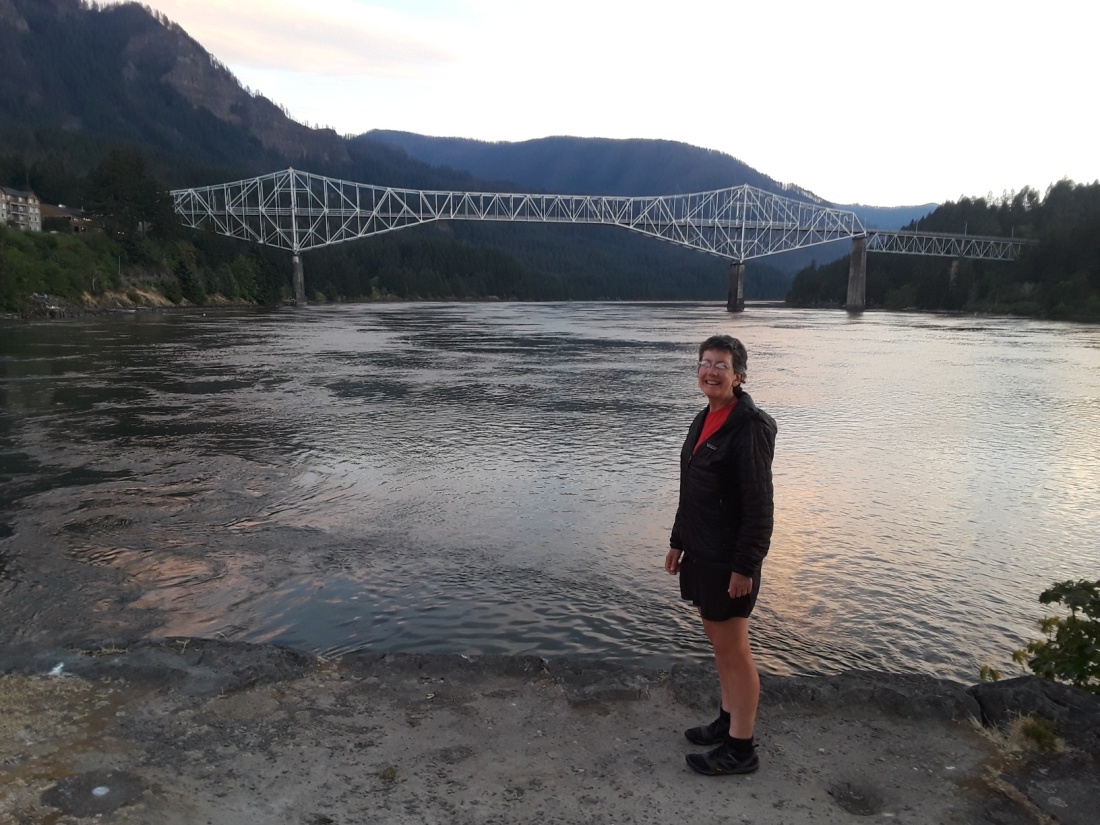 Dawn sent questing sunbeams to tap open my eyelids while a tiny breeze rippled the tent and whispered in my ear, “Today’s the day! Five hundred miles of trail await!”

I opened my eyes and looked at Jay. He was still sleeping, with orange foam plugs sticking prominently from his ears. I grinned. A hedge separated our tent from an active railroad. Thanks to spending five years of my childhood next to a railroad, the screech of steel wheels on rails had been a soothing lullaby for me last night.

Moving quietly, I packed my gear, putting it in the car. By the time I had finished my morning ablutions in the Marine Park Campground bath house, Jay was awake and packing.

We drove to White Salmon, WA, where we left our car in storage. Our plan had been to walk to Hood River and take a bus to Cascade Locks where the PCT crossed the Columbia River. But the bridge connecting White Salmon, WA to Hood River, OR, didn’t allow pedestrians. So we stuck out our thumbs and hitchhiked.

Larry picked us up, and offered us a ride all the way to Cascade Locks!

“My wife and I spent five years sailing around the world. It takes a special kind of relationship to share an adventure in such close quarters. I guess you two know that.” Larry smiled, memories shining in his eyes.

Larry and his wife work together as a boat forensic team. His passion now is paddling a surfski on the Columbia River. What an interesting life!

Thanks to Larry’s kindness, 45 minutes after leaving our car, we were ready to step onto the Bridge of the Gods, heading back to our own adventure. My time of idly swinging on the gate was over. Adventure called! 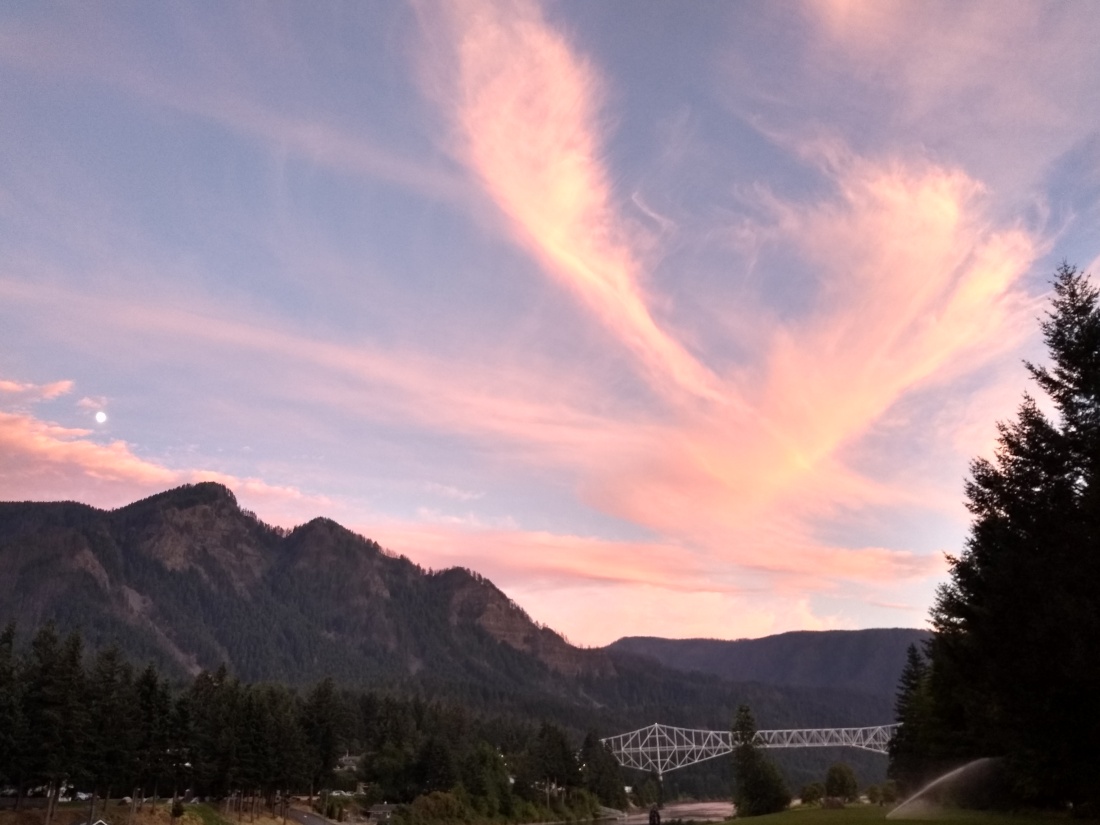 The Cascade Mountains, part of the Pacific Ring of Fire, form a steep, rugged, often snow-covered barrier along 700 miles of the western “backbone” of North America. From Mt Lassen in northern California to the confluence of the Nicola and Thompson rivers in British Columbia, these mountains have been forming for the last 7 million years.

The Columbia River breaches these mountains in a grand east to west sweep. Eight hundred years ago, a landslide of gigantic proportions temporarily dammed the river here. The Native Americans have a story of being able to cross this huge river, dry shod, upon the “Bridge of the Gods”. The landslide dammed the river for quite some time before eventually succumbing to the relentless workings of water and gravity prevailing over rock and stone, collapsing the ancient Bridge of the Gods.

Epic rapids formed here, making an abundant fisheries for the Native Americans. Though the Cascade Rapids were drowned when Bonneville Dam was constructed, several native tribes still use fishing platforms when salmon and steelhead are running.

Pioneers, fur trappers, and explorers used the Columbia River in the early 1800s. They found the Cascade Rapids to be a great hindrance, requiring an arduous five mile portage. A historical sign describes it better than I could. 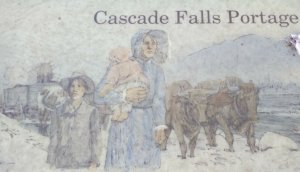 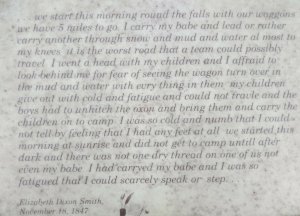 Eventually a canal with locks was built. The project took 21 years, and the locks were used for 42 years before being replaced by the railroad. A historical sternwheeler offers tourists a dinner cruise. The railroad is also still quite active, carrying countless boxcars of goods along a river that has been a gateway through the Cascade Mountains for thousands of years. 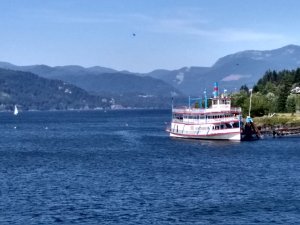 The PCT crosses a modern bridge, still called Bridge of the Gods, here at Cascade Locks. After almost two weeks off, Jay and I will start hiking north from here tomorrow.

I’m looking forward to our re-entry into forests and mountains. But it was good to take some time today to reflect upon this place where ancient natural forces met in an awesome display of power. 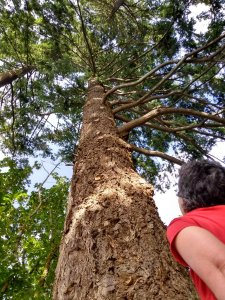